This is happening in Champagnat Global 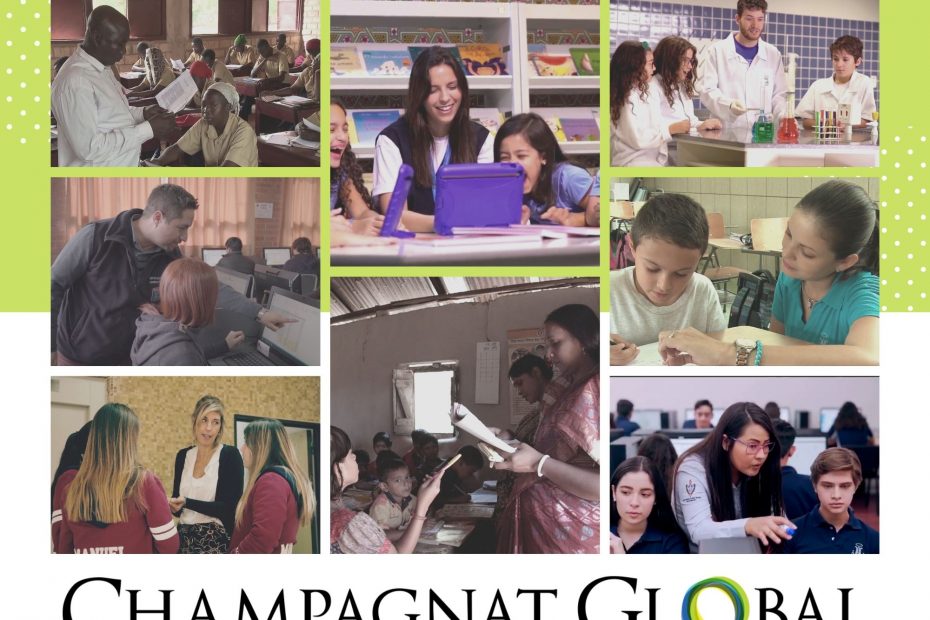 Although the Marist Global Network of Schools is only at the beginning of it Network’s activity, some very interesting events have already taken place:

CREATION OF THE GROUP “THE THIRD EDUCATOR”

Following the invitation to participate in the Marist Global Network of Schools, through the creation of an international interaction group open to other educators, the Marist School Juan Zorrilla of Montevideo (Uruguay), has been the first to present a proposal. The group is led by teachers María Favaro, Adel Steineck and Natalia Bengoa, former Marist students and mothers, and they have decided to call the group “THIRD EDUCATOR”.

The aim of the group is to create a space for reflection from an interdisciplinary perspective that invites to debate, raise awareness, and provide tools to create learning environments that enable to be and to do. Thus, it has to do with the influence that physical spaces and environments have when it comes to promoting meaningful learning, and therefore the purpose of co-designing educational spaces in terms of the rights of children and young people.

If you are interested in the topic and would like to look or join the group, you can already do so at: https://agora.champagnat.global/?lang=en

As a pilot test, on 19 November they held a virtual meeting with 33 students from Badajoz and 30 from Toluca. On that day they were all able to experience the richness of sharing Marist values and inspiration.

Encouraged by this experience, Marta and Jesús are now preparing to develop other similar meetings and to coordinate the Language Learning group on Champagnat Global’s Agorá platform. There, all those interested will be able to interact and promote initiatives that strengthen the learning of languages and other countries and cultures.

On 23rd November, during the first online meeting of directors of the Province of Santa María de los Andes (Bolivia, Chile, and Peru), the team of the Secretariat for Education and Evangelisation was invited to present the Champagnat Global Network and its implementation process.

The workshop, in which almost a hundred managers participated, focused on sharing the most relevant elements of networking and seeing how they could be applied in the school environment and management. From the collaboration and creative contribution of the different working groups, very interesting conclusions were drawn, such as the idea of strengthening co-creation and activating collective intelligence, sharing good practices, deepening Marist identity, and continuing to strengthen our global family.

Champagnat Global, through its online platform, will be a very favourable space for the managers of the Province of Santa María de los Andes to open their communication and meeting group.

Those who follow the journey of the Marist Global Network of Schools know that, during the year 2021, we worked creatively and collaboratively with the international school community to build a model of an international school network that is now a reality: Champagnat Global. The summit last October, in which almost 500 people from 50 countries took part, culminated in the contribution of more than 40 initiatives, which will gradually become groups that we will find on the Agorá platform.

During the week of 6-10 December, the Education and Evangelisation Secretariat team met with the leaders of these initiatives to guide their transformation process on themes that will appear on the platform and will be accessible to all those who wish to interact around a theme with other educators around the world.

Interested parties can now register on the platform and sign up for the available groups. Little by little, new groups will be added. In the meantime, we invite you to get to know the Agora Manual where you can find important information on how to join a group.