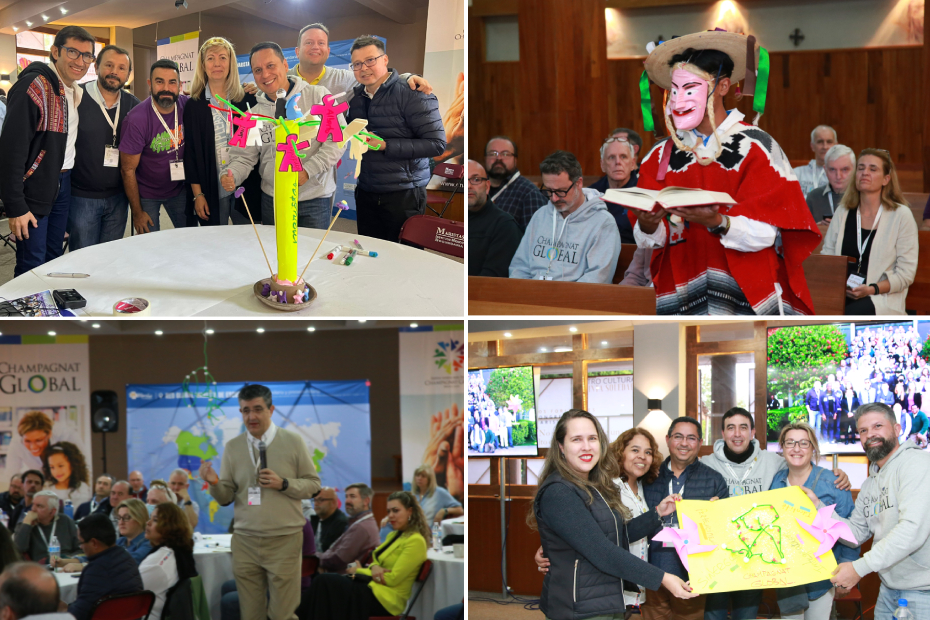 Photos of the day

On Friday, December 2nd, the fifth day of the meeting of the Marist Global Network of Schools took place, an event organised by the Secretariat for Education and Evangelisation of the Institute with the collaboration of the Marist Province of Mexico Central.

The day began with a design dynamic in which the participants tried to represent the organisational model they envisage for the future of the network. The imagination flourished in the different groups showing interesting creative ideas that were very inspiring in order to make visible the future form of organisation of CHAMPAGNAT GLOBAL.

The group then set about the task of building the basis of a roadmap for Champagnat Global over the next three years. Br. Carlos Alberto Rojas, Director of the Education Secretariat, invited the participants to develop a SOAR (Strengths-Opportunities-Aspirations and Results) analysis in which they reflected on the strengths and opportunities that we have to promote Champagnat Global and the main aspirations that we as a NETWORK have for the coming years. In addition, some indicators were established to show whether the expected results are being achieved.

Strengths were expressed in words such as: identity, diversity, organisational structure, internationality, commitment, infrastructure. The most highlighted opportunities were: sharing resources, training, exchange and networking.

The moment of selection of the aspirations had a special dedication as it will guide the concrete steps to be taken in the roadmap for the coming years 2023-2025. The four aspirations most voted by the assembly answer the question: Where would we like Champagnat Global to be in 2025?

The SOAR analysis culminated by pointing out the results of: how will we know that our aspirations are successful? A sign that we are on the right track will be whether by 2025 we have achieved:

After an intense morning of analysis and contributions, the afternoon was centred on farewells, thanks and celebration of the experience. Brother Luis Carlos Gutiérrez, Vicar General, gave an emotional closing message prior to the closure, inviting us to reflect on the most acute needs and problems that afflict our humanity: poverty, violence, marginalisation, indifference, lack of spirituality, lack of opportunities for girls and boys, among many others, because it is in these aspects that the network promoted by Champagnat Global will have a greater place.

He also took the opportunity to express special thanks to Brother Carlos Alberto Rojas, Director of the Secretariat for Education and Evangelisation, and to Brother Mark Omede, Deputy Director, for having made the Champagnat Global project a reality during their six years of service to the General Administration of the Institute.

With the Eucharist of missioning, the first part of the gathering, Champagnat Global Mexico 2022 came to an end, to begin a second moment dedicated to visiting and meeting the educational reality of Marist Mexico which will undoubtedly encourage the desire to be more and more connected among us all.